We want to end it.

Armed Forces Housing Advocates have found that the Department of Defense did not build proper oversight into the Military Housing Privatization Initiative contracts. It was not until 2020 that some of the Department of Defense's supervisors of the projects were aware that the privatized housing companies were required to follow state law. We are now 25 years into MHPI, and the initial intention to use private capital to leverage public dollars to increase housing quality while lowering the cost to taxpayers has faded. If oversight cannot be achieved under the current contracts, then the MHPI partnerships need to be dissolved. 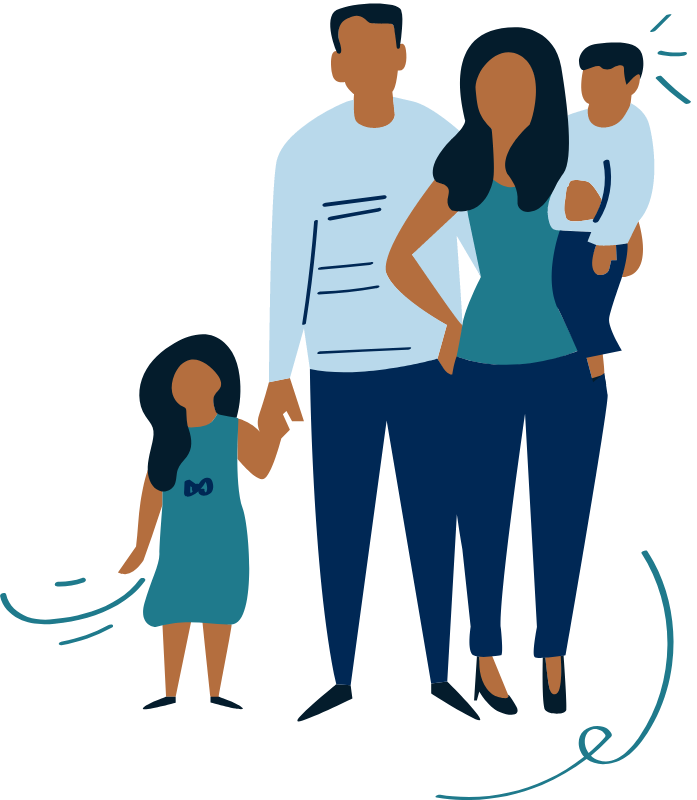 Congress enacted the Military Housing Privatization Initiative, or MHPI, in 1996 to improve housing conditions for military members and their families.

The Department of Defense (DoD) had a vast portfolio of over 200,000 homes. The DoD estimated it would take more than $20 billion and upwards of 40 years to address the required extensive renovations, demolitions, and maintenance to improve habitability.

The DoD needed a quick outsourced solution to this issue to focus its objectives on other needs of the armed forces to maintain readiness and retention.

The MHPI program was authorized to address this need by allowing the branches to enter into agreements with private companies to leverage private capital. The MHPI program also promised new construction plans and complete renovations of dilapidated homes to improve military housing quality significantly.

The MHPI authorized the military to enter into long-term agreements with the private sector to build, repair, and operate their housing projects. The military departments have flexibility in structuring their privatized housing projects. Still, military departments typically lease land to the private developers for a 50-year term and convey existing housing located on the leased land to the developer for the duration of the lease. The private developer then becomes responsible for renovating and constructing new housing and daily managing the housing units.

The contracts and their contents, largely unreadable due to redactions, can only be accessed via a Freedom of Information Act request. This leaves our service members and their families unable to understand whether or not their own housing management company follows the terms set forth.

Who are the MHPI Partners?

Fourteen companies now own 99% of military housing nationwide that participate in the MHPI program, with five companies managing most of the enterprise. This totals approximately 200,000 homes. "The Big 5" include:

How Does the MHPI Program Work?

The program's financial stability is highly dependent on the revenue collected from service members' Basic Allowance for Housing (BAH). When the private companies initially entered into agreements with the DoD, they based their business plan on receiving the total BAH payments at an estimated occupancy rate.

Military BAH rates are determined every year by the DoD, which factors in a service member’s rank, dependents, and where they are located based on the average cost of living for their assigned duty station.

The BAH is withheld from a service member’s wages in a rent allotment on their leave and earnings statement (LES) and paid directly to the military housing company as per the lease agreement. Unlike a traditional lease, the “rent” is automatically processed out of their paycheck from this allotment.

The private companies rely on BAH for operational expenses, insurance, debts, and scheduled maintenance. This is the primary source of revenue that keeps their operations going, but their net profits come in the form of incentive fees.

The exact amount private companies make from their incentive fees is not publically available; however, in a Senate Armed Services Committee hearing on February 13, 2019, Balfour Beatty Communities revealed they had netted over $33 million in profit, with only 3% of that coming from tenant rent.

As of June 1, 2021, with the Tenant Bill of Rights (TBOR) advent, servicemembers have the right to withhold their rent during the dispute resolution process.

Withheld rent during a housing dispute does not go back to the service member. Instead, it is held in an escrow account until dispute resolution is reached.

TBOR was authorized under the 2020 National Defense Authorization Act. Since its implementation, Armed Forces Housing Advocates have advocated for many families whose rights were violated.  The dispute-resolution process was either not followed or granted to them, nor were they able to withhold their BAH.

Properties managed by MHPI companies are financially incentivized to complete tenant work order requests quickly. Performance incentives are how they make their profits. The lack of oversight of the MHPI program has allowed them to abuse this incentive program, defrauding their tenants repeatedly.

There have been several class-action lawsuits filed against MHPI companies.

Corvias faces $5 million in damages under a class action lawsuit for allegations of concealing structural defects from their tenants, keeping inaccurate records in their work order system, and overcharging rent for the substandard homes on Fort Bragg. The complaints also state that Corvias failed to comply with building and housing codes.

In 2019, 10 families at Fort Meade also filed a class action against Corvias that alleged deceptive practices and conspiracy to conceal defects.

Fifteen families in Washington state at Joint Base Lewis-McChord filed a class action against Lincoln (Liberty) Military Housing, with nearly identical complaints of substandard, hazardous environmental conditions and a pattern of violating local and state laws that ensure habitability.

None of the Big Five MHPI companies have a successful track record of maintaining the properties.

The maintenance staff is not industry certified to address many life, health, and safety issues that are the common complaints in the homes.  The most needed maintenance protocols are mold remediation, asbestos encapsulation, sewage clean-up, and lead-based paint encapsulation, to name a few.

If the work is not outsourced to a reputable subcontractor, then MHPI maintenance staff tasked with remediations for life, health, or safety issues should be appropriately certified through organizations like the Institute of Inspection Cleaning and Restoration.

Additionally, they should always be provided with proper Personal Protective Equipment per the guidelines set forth by the Occupational Safety and Health Administration (OSHA) to ensure safety for both the workers and the tenants.

Some MHPI companies argue that much of the National Defense Authorization Act is not applicable.  Small loopholes in legislative verbiage are often taken advantage of for these companies to avoid completing the maintenance families have requested.

One example includes the installation of window guards based on Evan’s Law,

In 2011, Evan English, a 4-year-old living in privatized military housing, fell through a screen window. Evan's death pushed the English family to fight for window fall prevention to be placed in military homes. Military children have suffered window falls disproportionate to their civilian counterparts.

Unfortunately, the language had been watered down, and loopholes have been used to allow the privatized military housing partner to not follow through on proper window fall prevention practices.

AFHA has also found that the MHPI companies illegally charge residents with disabilities for reasonable accommodations.

The Solution: Dissolve the MHPI Program

Armed Forces Housing Advocates call for the Department of Defense to regain control of military housing or revisit their partnership agreements to allow for proper oversight. We also call for the DoD to use its leadership to revoke the contracts of any privatized housing companies not abiding by their set agreements.

It was not until 2020 that some of the Department of Defense's overseers of the projects knew that privatized housing companies were required to follow state law.

We are now 25 years into MHPI, and the initial intention to use private capital to leverage public dollars to increase housing quality while lowering the cost to taxpayers has faded.

If oversight cannot be achieved under the current contracts, then the MHPI partnerships need to be dissolved.

We advocate ending the MHPI program because readiness starts with a safe home.